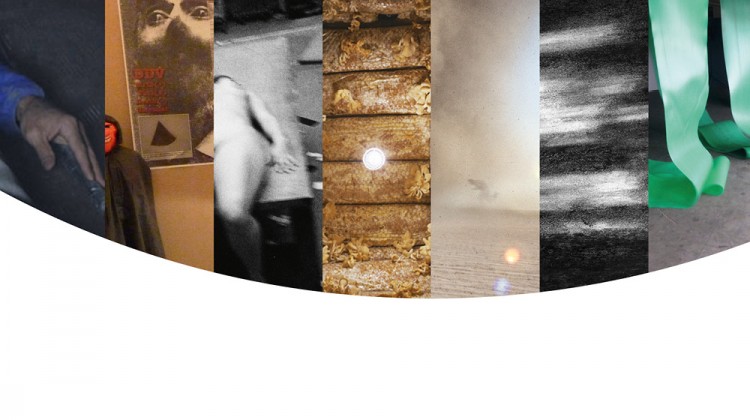 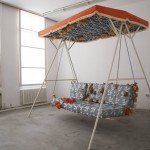 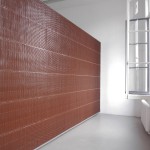 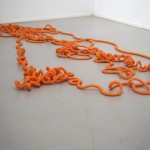 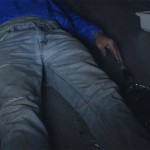 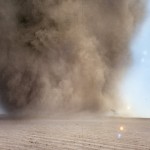 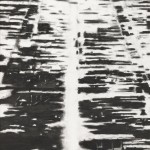 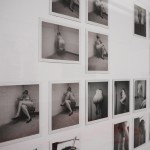 Haperende Mens exhibits new work by Danny Devos, Zorro Feigl, Zeger Reyers and Dan Walvin, and existing work by Francis Alÿs, Paul Kooiker, and Raquel Maulwurf. Alÿs’ sensational work ‘Tornado’, 2000-2010, is on show in the Netherlands for the first time after exhibitions at the Tate Modern London and the MoMA New York.

This edition of Haperende Mens features confronting or overwhelming art and music, focussing on critical moments in which we are overpowered or disrupted and lose control.
Basic principles on the one hand are powers that exceed us like the forces of nature or disasters and on the other hand forces that are intrinsic to humanity such as uncontrollable emotions, lust, love, illness and death. At moments like these we have experiences that somehow transcend everyday life. Extraordinary experiences, happiness that befalls us which cannot be wrested from life. The ecstatic relief after danger is averted, or fear has been conquered.
The artists and musicians of the Haperende Mens embrace the faltering and allow us to experience the fact that we can never completely master or steer our life. They tamper with the illusion of control, reveal disruption and confront us with our faltering.

In 2014 Haperende Mens is a collaborative project including Arti et Amicitiae, Melkweg and Haperende Mens. It follows on the well received exhibition “Collages van een haperende mens’ in 2013.

Between the year 2000 and 2010 filmmaker Francis Alÿs has visited the Mexican countryside to chase tornado’s, and filmed his attempts to run into the eye of the storm. This resulted in the installation ‘Tornado 2000-10’, which we will present in Arti et Amicitiae.
For Francis Alÿs the tornado is a symbol of imminent collapse of a system of government or political order. A possible interpretation for this exceptional video of the politically engaged artist might be that (he was trying to make sense of the chaos around him.) that only within the chaos he can challenge the turmoil around him, reaching the centre of the storm, breathless and almost blinded, he encounters a furtive moment of peace that could hint at a new moment of possibility.

Danny Devos (DDV) is an influential Belgium artist, known for his performances and sculptural installations. The keynotes in his work is crime and murder. In the 80’s he started researching criminals and serial killers. Since then he upholds an intimate and far-reaching correspondence with a number of serial killers. Quite a lot of his work does relate to this research. In 1981 Danny Devos and Anne Mie van Kerckhoven started noiseband Club Moral. This research of years of existential borders has led to an impressive ouvre which correspond with the theme of the Haperende Mens: Danny Devos with his exhausting performances, installations about psychological terror and his profound industrial noise music is looking for confrontations with his audience and is trying to let them feel the borders of the power of endurance. Danny Devos’ uncompromising work hasn’t been shown often in the Netherlands, and if it did, it was at small locations. Next to this Danny Devos (B) will be dj Carl Cryplant on the Haperende Mens festival where he also present a new work specially made for that day, in the Melkweg gallery.

The enormous installations of Zoro Feigl defy the laws of nature. His work seems to be alive, put in action by the artist, but yet the moving parts seem to be not fully controllable.
Feigl’s forms are constantly changing, sometimes slowly, sometimes quickly. The exhibition space becomes an enlarged microscope: single-cell creatures, primitive organisms are twisting, groaning and convulsing. Without beginning or end the objects seem to be locked inside themselves. As a viewer you become entangled in their movements: they embrace and amaze or can frighten you. Arti you can see his new work ‘Gently’.

Paul Kooikers studies of the female nude are repetitive, sexually tinted and playful. This has resulted in a voluminous oeuvre, where Kooiker plays a game with the viewer, who is balancing on the edge of beauty and cruelty. His themes as voyeurism, shame and distance confuse, humiliate and unnerve. The Haperende Mens will show the work Heaven (2012) which consists of 450 polaroids

The drawings of Raquel Maulwurf show beauty and horror at the same time. She is visualizing the imperfection of human nature; the destruction of war and ecological disasters. Her monumental images are dealing with moments of destructive forces and the question why mankind is so eager to destroy.
Raquel Maulwurf is working with charcoal and pastel on thicker board and is doing this with great accuracy. Sometimes she physically torments and damages the surface of her works with sharp objects. The artist is materializing destruction in both subject and process. Haperende Mens will show a.o. the new work ‘Night Raid’.

Zeger Reyers develops installations where he confronts the artificial world we created ourselves with nature. In lots of works mushrooms are growing out of appliance, furniture and in exhibition rooms; using nature as a driving power. As a spectator we become aware of our vulnerability and the vulnerability of the by us created environment. Reyers will develop a new installation for the exhibition at Arti et Amicitiae, ‘Leisure ’.

Dan Walwin is making installations, which are missing narrative structures. We experience an uncomfortable sensation. We stay unsure where this disturbing feeling is coming from.
Last year Dan Walwin finished his residency at the Rijksacademie in Amsterdam. In Arti et Amicitiae he will present a new work, ‘extra utter’. In addition to this we present his installation ‘Shallows’ (2012).

Haperende Mens is supported by: