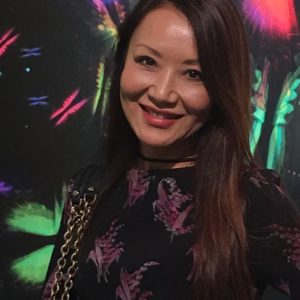 Kaoru Yamamoto (Kyoto, Japan) was trained at Tama Art University (Tokyo), as a weaver and sculptor.

After graduating the university, she was soon drawn into computer-generated art,
believing that the key to today’s art lies in the use of today’s techniques.
In 1991, she established a computer-graphics studio, Kaoru Yamamoto Art Studio (KYAS) in Osaka Japan,specialized in processing computer-generated artworks into wall pieces and installations. Soon, she became the front-runner of computer art and a renowned artist. In 1995, after a few art shows in Europe, she moved to Amsterdam to further broaden her horizon.

In 1996, she created an Internet gallery ‘kyas art planet’ to introduce Dutch artists worldwide. In 1999, she started the exhibition space ‘Gallery kyas.com’ in Osaka Japan. In 2000, she has extended her work into digital animation and started to perform as a Visual Jockey (VJK), believing that the latest art is born in today’s venues, not only in an art museum.

Apart from Amsterdam and Osaka, she has lived and worked in London, New York, and Kassel.
Her studio, Kaoru Yamamoto Art Studio in Osaka, remains as a visual laboratory with a few specialists.

In 2012, Her digital musical project “Kyo-Onna in My Heart” launched on iTunes and amazon.com.

She started her career as a music producer and publisher, beside of as an Artist.
In November 2014, She started exclusive art salon “KYAS ART SALON” in Amsterdam. 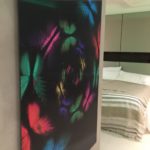 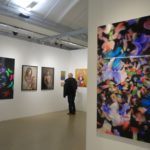