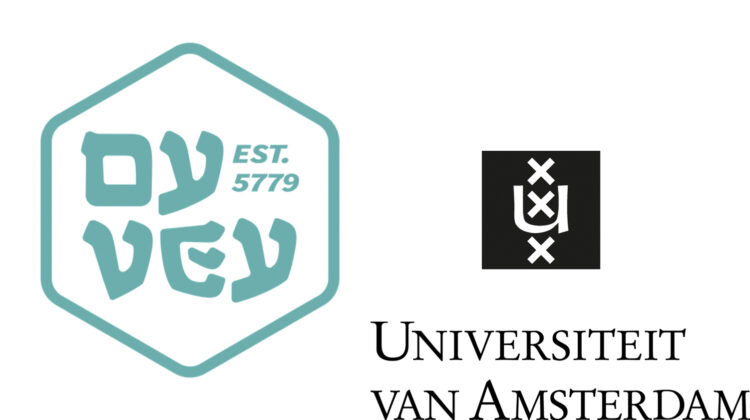 Please reserve your seat as space is limited! Register now at arti@arti.nl

Please reserve your seat as space is limited! Register now at arti@arti.nl

The roundtable conversation is dedicated to reflecting on the issue of antisemitism today and its connection to issues of inclusion, exclusion, and discrimination in contemporary society. This conversation is particularly relevant to Arti et Amicitiae as the organization looks back on its own actions during the Nazi occupation of the Netherlands. Our aim is to use this opportunity not just to remember the past but to empower this memory and employ it to shape our attitudes today.

In a context where the widespread idea of ‘Judeo-Christianity’ implies a certain harmony or even reconciliation between its Judaic and Christian elements, we choose to purposely put this notion under the magnifying glass: to investigate the implications and ramifications of this concept with the aims of challenging its employments in today’s discourse.

The panel will investigate some of the following questions: What does the term Judeo-Christian even mean and is it tackling or enhancing antisemitism today? How is this narrative connected to the Shoah (the Holocaust) or, in other words, within this context, what is the meaning associated to this event? Is there a uniqueness of the Shoah that makes it incomparable to other historical events? Is that uniqueness helping establish the perception that exists some sort of Judeo-Christian privilege? And more importantly, is this privilege real? Within this context of Judeo-Christianity, how is antisemitism articulated? And specifically, what is its relation to other forms of racism and discrimination? Can we talk about a certain instrumentalization of antisemitism in this context?

Lastly, how can we address such entanglements in a way that potentially prevents the violent pattern of exclusion that remains present today? In other words, without denying the importance of differences between genocides and forms of racism, how can we overcome impediments to solidarity and create a common struggle for justice?

Panellists
Hilla Dayan is a Lecturer at Amsterdam University College. Her current research includes the discourse on antisemitism in Europe, Europe-Israel relations, heritage and memory politics as well as critical studies of the Israeli regime. Dayan is a public speaker and commentator on Israel/Palestine and co-founder of gate48 a platform for critical Israelis in The Netherlands, and Academia for Equality for the democratisation of Israeli academia and society.

Yonathan Listik is a Lecturer in the International Studies program at the Leiden University. He works on political theory from a continental perspective: on the entanglement between democracy, stupidity, and power. Yonathan Listik is the moderator of the evening.

Ihab Saloul is Professor of Heritage, Memory and Narrative, founder and research director of the Amsterdam School for Heritage, Memory and Material Culture (AHM) at the University of Amsterdam. Saloul’s research relates to various aspects of competing heritages and memories, European conflicts of identity and the Israel-Palestine conflict.

Ido de Haan is Professor of Political History at Utrecht University. He published on Dutch and European history, including on the history and memory of the Holocaust in Western Europe, and on political and cultural reconstruction after large-scale violence. Among his recent and forthcoming publications on the aftermath of the war are “Saving the Bystander,” in: Christina Morina & Krijn Thijs (eds.), Probing the Limits of Categorization: The Bystander in Holocaust History (Berghahn, 2018: 343-353); and “Guilt, Pride and Reputation. The Memory of Rescue of Jews in the Netherlands since 1945,” in: Natalia Aleksiun, Raphael Utz, and Zofia Wóycicka (eds.), The Rescue Turn: Holocaust Memory, Politics, and Debates. (Wayne State UP, forthcoming).

This roundtable is co organized with the University of Amsterdam and Oy Vey, the outward-facing, inclusive and unapologetically Jewish hub in the center of Amsterdam.