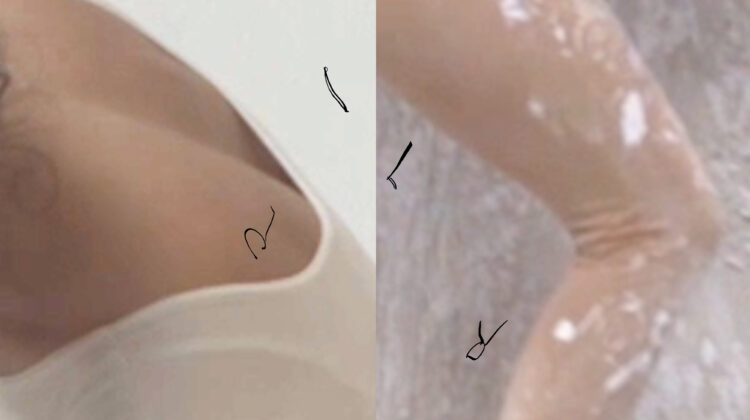 Doing the Stuff With the Thing

We warmly invite you to the midissage on Saturday October 16,
your final opportunity to witness two intriguing performances by the artists.
Be welcome! 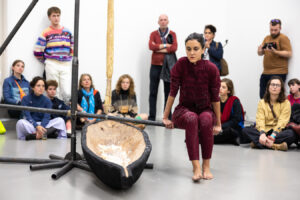 The performance Through the Mouth derives from the sudden death of the artist’s father. As an atheist and an immigrant living in the Netherlands, Mayra Sérgio realized that she didn’t have any rituals of mourning. In this piece Sérgio alters the cassava, a poisonous root, into edible flour. Transforming the toxic into something nourishing by enacting an Amerindian ancestry technique of substance transformation, reimagining it as a new grieving ritual. 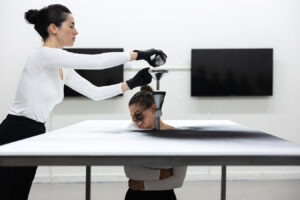 Romy Yedidia’s performance Anxiety Machine reacts to the societal expectation to perpetually display an effortless disposition. Anxiety too often builds up inside us, without any possibility of channelling that emotion out. For this purpose, Yedidia created a relief instrument through which she performs a series of cathartic actions that accumulate into an endurance performance.

Doing the Stuff With the Thing presents four multidisciplinary installations that reimagine different types of tools and craftsmanship as a way to process societal struggles. Sérgio explores decolonising procedures of selfhood, while Yedidia brings to the fore aspects of feminine performativity that are expected to remain hidden. Both artists dwell aesthetically and conceptually in the threshold between control and lack of control. They attempt to claim agency of their personhood, either by enacting an Amazonian technique of substance transformation as a  grieving ritual, or constructing a machine capable of alleviating anxiety.

Mayra Sérgio is a visual artist, born in Rio de Janeiro and is based in Amsterdam. Her work revolves around notions of identity, memory and immigration. In Doing the Stuff With the Thing she exhibits Performing Loss, her largest and most ambitious work to date. After the sudden loss of her father the artist attempted to find new ways to process grief through artistic research. She took an ethnic DNA test, visited key ancestral locations and explored local grieving rituals. The result of the project is twofold and includes The Voluntary Psychopomp, a three-channel video installation, as well as Through the Mouth, a performance in which Sérgio alters the cassava, a poisonous root, into edible flour.

Romy Yedidia is a visual artist born in Tel Aviv and is based in Amsterdam. Her work comments on body-control, the male gaze and patriarchy; drawing parallels between gender performativity and architecture. In Doing the Stuff With the Thing Yedidia exhibits two works — Anxiety Machine, a two-channel video and performance-cum-installation that ritualizes stress release, and Cornice, a performative sculpture series which investigates the connection between the titular, decorative, architectural element and the female body.

All the exhibited works stem directly from the artists’ personal experiences; rendering the installations with rawness and precision that can only derive from first person accounts. Doing the Stuff With the Thing encompasses struggle and resilience, systematic labour and creativity, permanence and change.

The works exhibited are made possible thanks to the support of Mondriaan Fonds, Amsterdam Fund for the Arts (AFK) and Arti et Amicitiae. Graphic design: Johanna Ehde.

Please note:
Concerning current COVID-19 measures. Arti et Amicitiae works with QR codes throughout the building because we are a combined location as an artspace and club/ restaurant. For more information about the government measures and the CoronaCheck app, go to Coronacheck.nl